Come and have your own chimichanga experience! 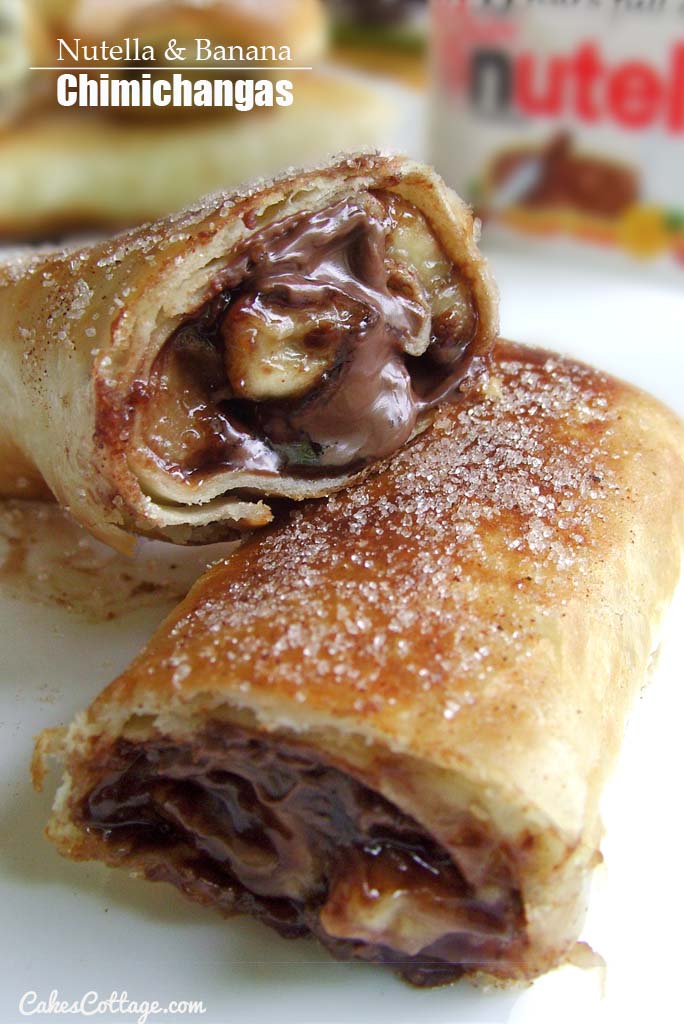 First chimichanga story is originating from Tucson, Arizona. As the story goes a woman affiliated with the oldest mexican food restaurant, El Charro, accidentally dropped a burrito in the fryer. In her frustration she started to yell “chingado,” a spanish curse word, but mid-sentence she changed to chimichanga. Hence was born the deep-fried burrito, and over the years it became popular in Mexican restaurants everywhere.”

Second story includes my family team and me on a common weekend by mid-day, eating for the first time a dish with awkward name. That very time we were sitting on the dinning room, and i was looking at my dish wondering how it’d taste, and how they will react. It was not like anything I’ve made before. I mean, of course I’d made dish with tortilla, cinnamon, all kind of stuff with nutella cream or banana before, but the combination of all this ingredients and the way it was cooked sure was different. 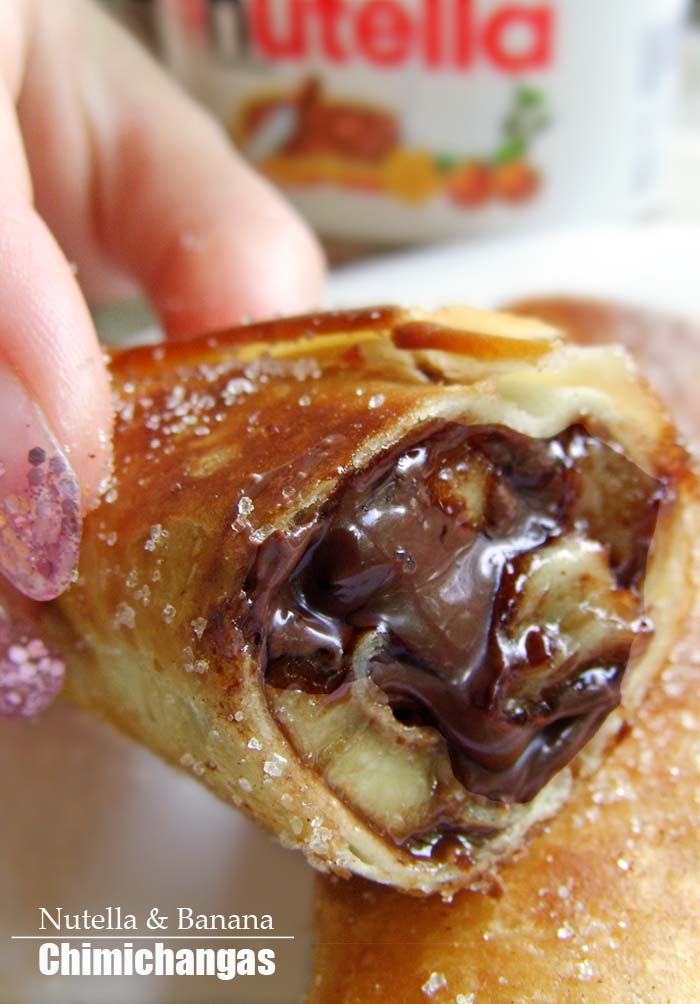 After the words “Chimichanga. What can We expect from this funny spelled dish? ” came out of my brother’s mouth and I was even more nervous, thinking of my “deep-fried mistakes”, but I answered him in style : “you can not say you don’t like it, unless you taste it”.
And then it happened, I still remember the look on their faces that very moment when they taste the delicious flavour of a chimichanga! Of course, a few minutes later, mine story ends as the last Chimichanga was gone. Hopefully, I managed to take a couple of shots to show you.

24 thoughts on “Nutella and Banana Chimichangas”