There’s nothing like the smell of Cinnamon Roll Casserole coming out of the oven on the Christmas Morning. 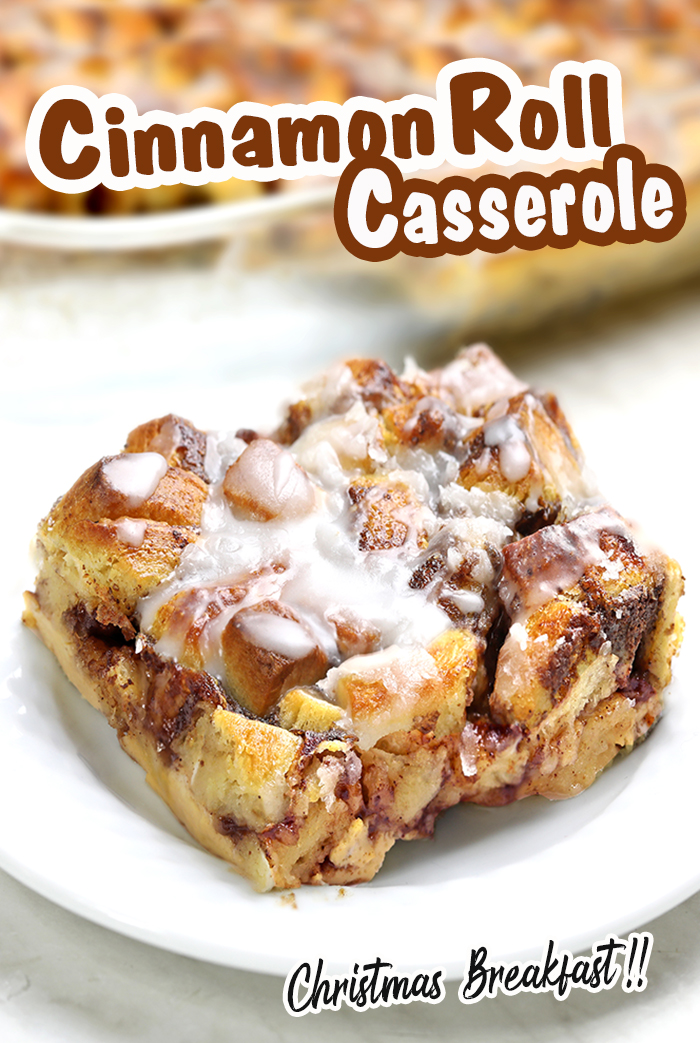 What is your Christmas morning breakfast tradition?
Cinnamon rolls are currently at the top of my list, as they will always be a favorite, but I wanted to dress them up a bit for the occasion. Inspired by a few cinnamon roll ideas I’ve seen on Pinterest, why not create something full of cinnamon roll goodness in a breakfast casserole form? So I’ve made my own Cinnamon Roll Breakfast Casserole. And it turned out so fun! 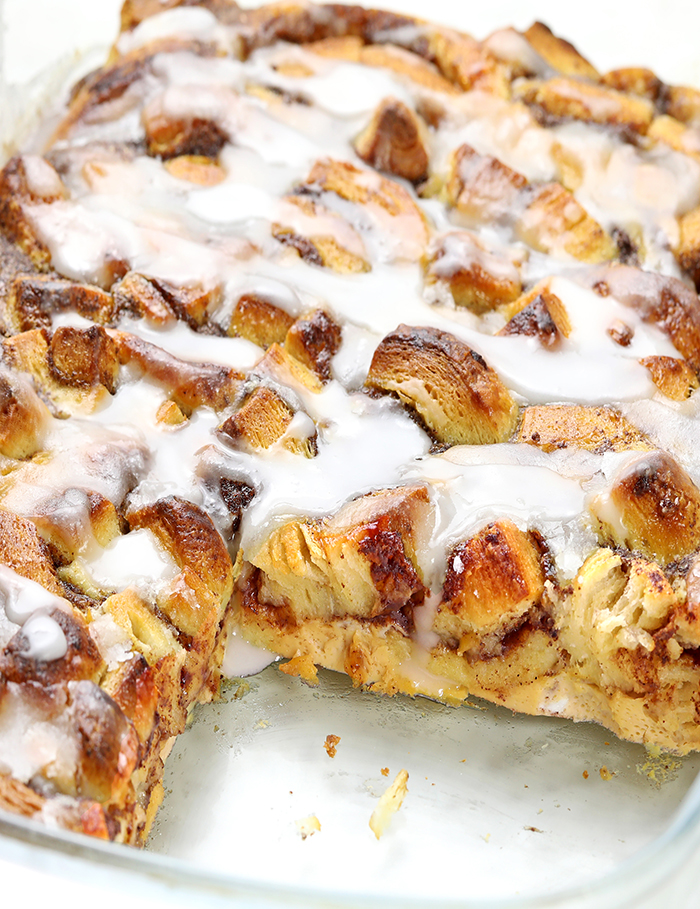 The Ingredients are simple :

Here’s what you’ll need to make Cinnamon Roll Breakfast Casserole (the exact measurements and full recipe instructions are below in the easy to print recipe card):

You’re going to start with a couple of tubes of cinnamon rolls. Easy, right?

You’ll also need the usual ingredients for French toast or Bread Pudding  – eggs, milk, a little cinnamon and maple syrup. You can throw pecans and/or raisins into this casserole as well. 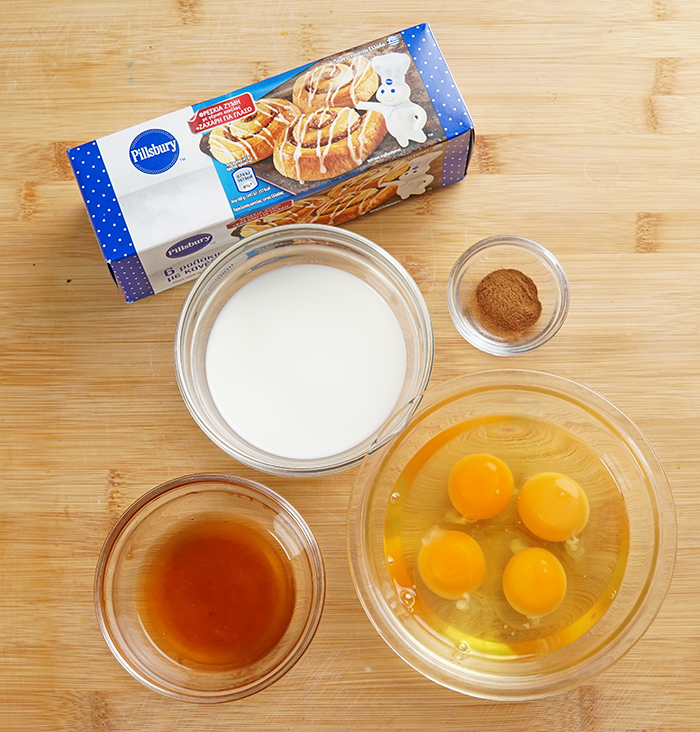 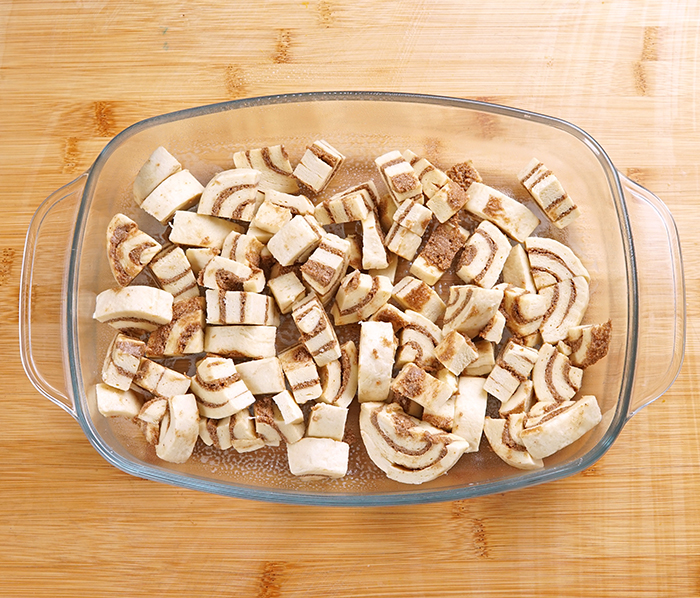 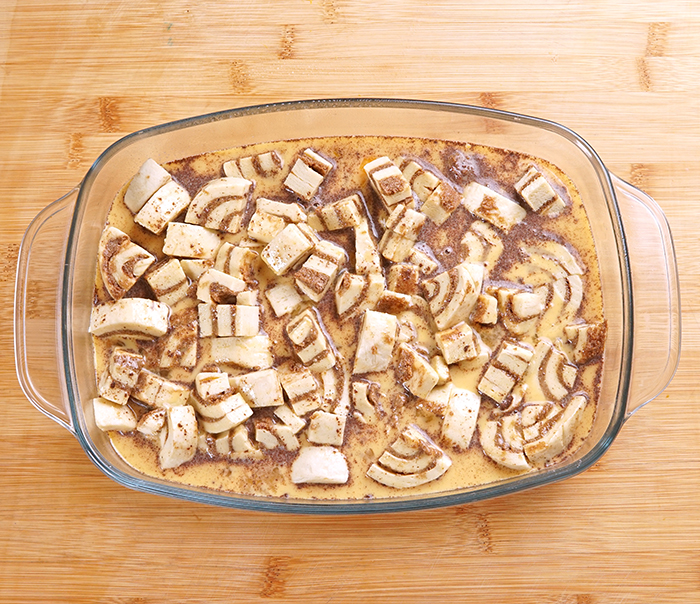 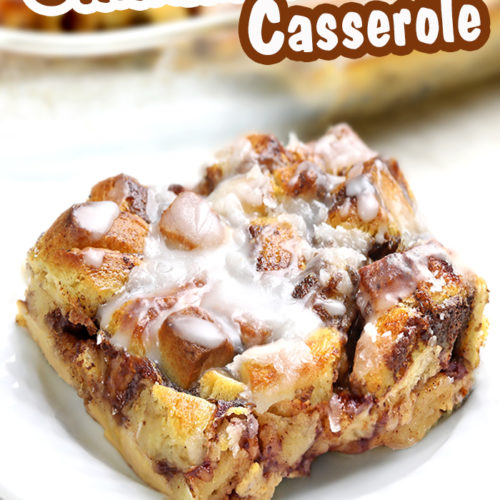 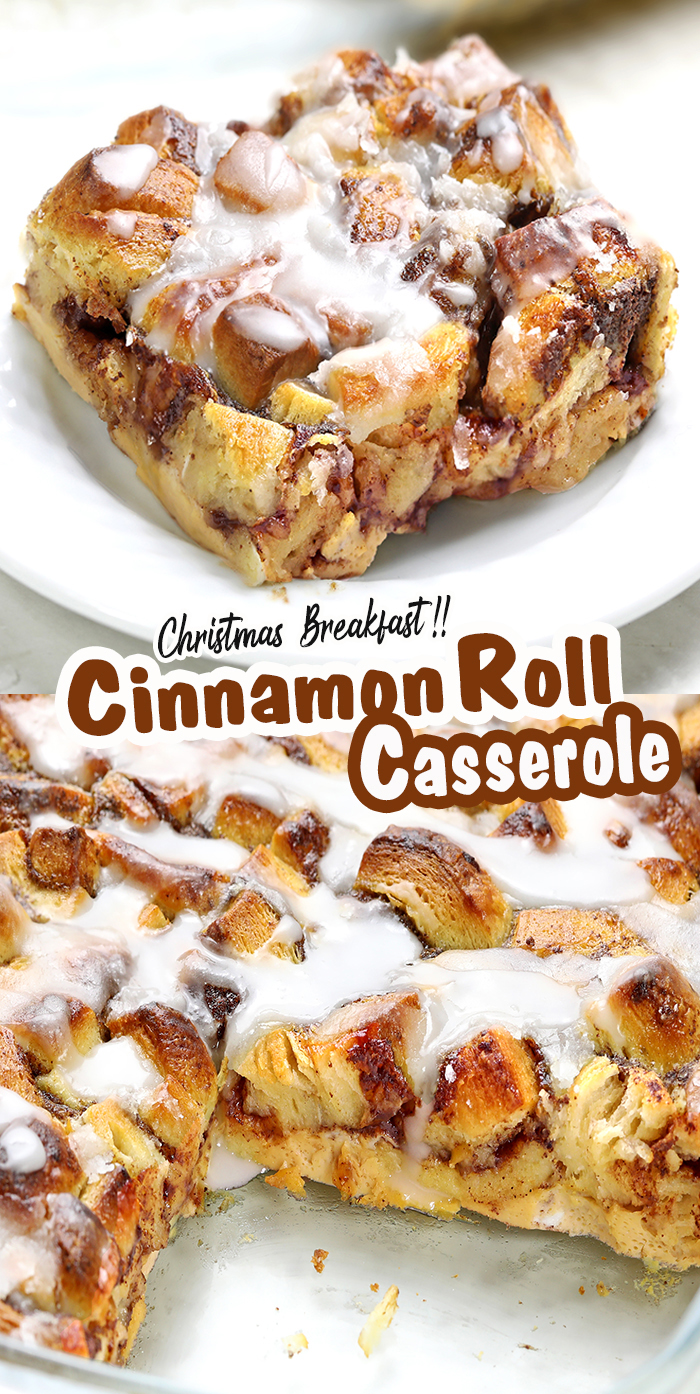