All of the sweet and caramely goodness of a traditional apple crisp, baked on graham cracker crust cheesecake and topped off with a dollop of softly whipped cream or vanilla ice cream and caramel sauce. 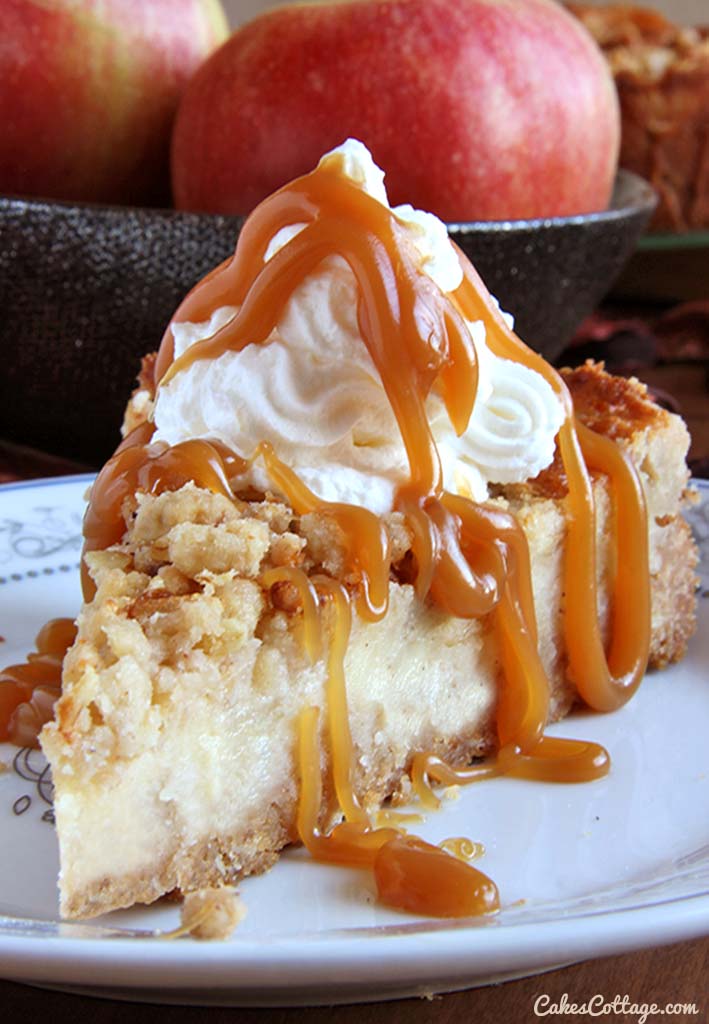 This. This right here. Is what Fall is all about !  Something about the words “apple crisp” just makes me feel all cozy inside. I immediately think about colorful fall leaves, comfy sweaters, and crisp autumn air.

I’m just saying that if someone showed up on my doorstep with a chunks of lightly sweetened apples covered in a crisp and crunchy topping made with flour, sugar, butter, ground cinnamon, nuts……I’d probably swoon from the sight and the smell. 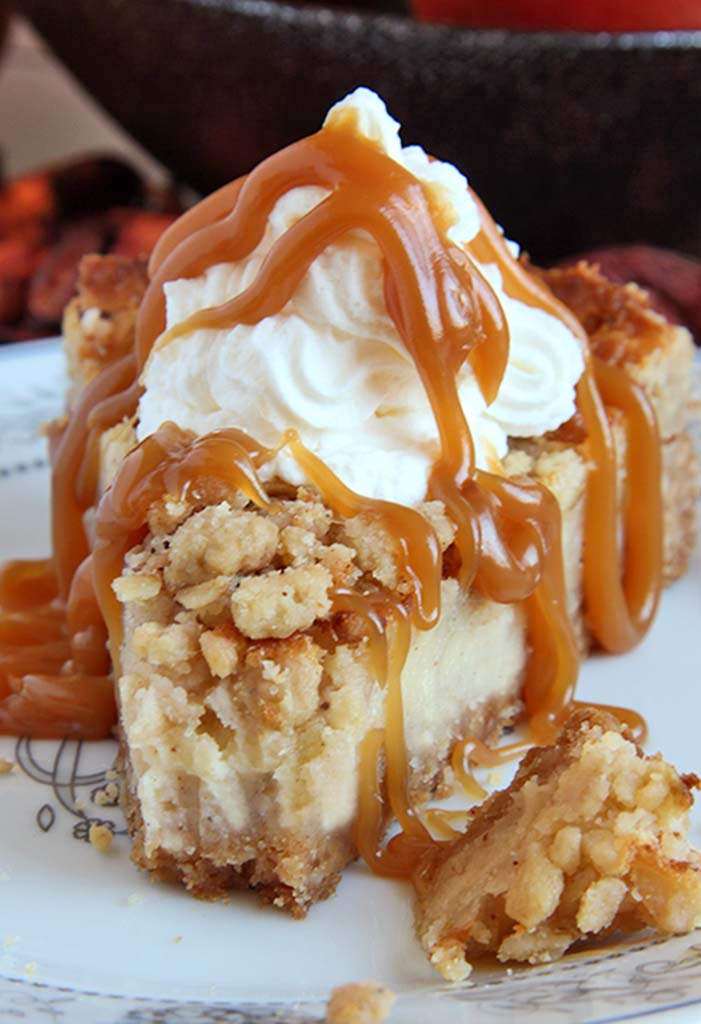 At this particular moment I cannot think of anything more delightful than a graham cracker crust cheesecake filled with apple crisp yumminess. Or maybe i can….speaking of which, is apple crisp really complete without a dollop of softly whipped cream or vanilla ice cream and caramel sauce.
No…hell no, It just seems…..unnatural.
So be natural.