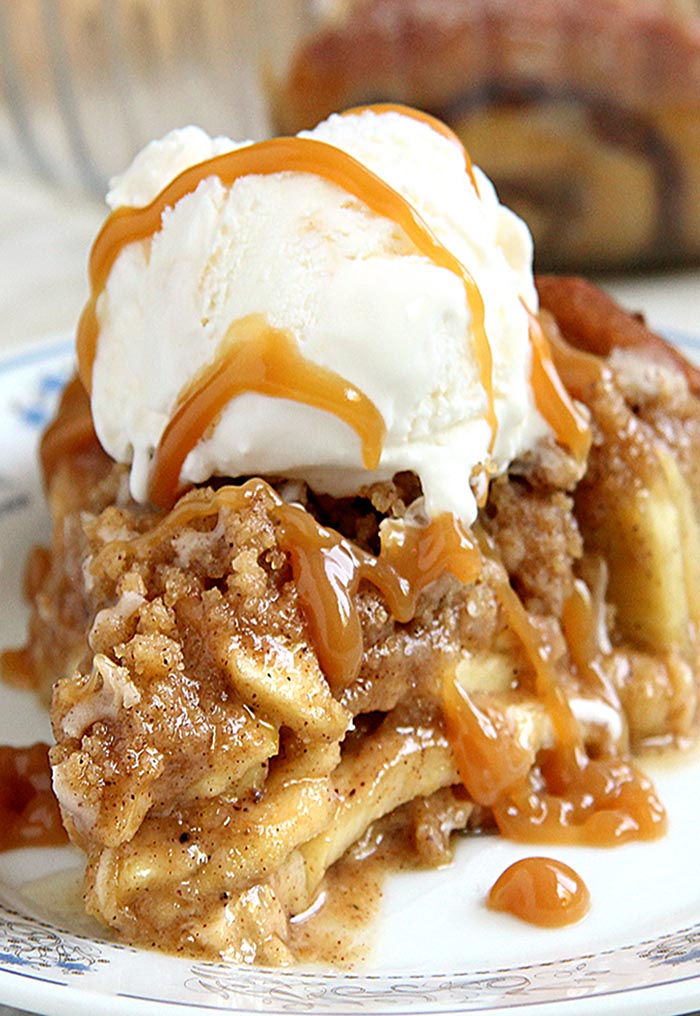 We are heading into my favorite time of the year! I can feel it coming with the cooler weather and the leaves are starting to change. I love fall baking and I especially love anything that has to do with apples. And caramel. And cinnamon rolls. When these three things are combined…..You have one amazing treat!

Warning: this APPLE PIE will make you want to toss the recipe for Grandma’s tried and true, mile-high crowd pleaser out the window!
The crust of this Apple Pie is made with refrigerated Cinnamon Rolls — yes, Cinnamon Rolls. And, the Cinnamon Roll crust coupled with warm, baked apples, fall spices and crumb topping is truly a match made in autumn heaven. It was so much fun to make that I almost forgot to take some of photos in the process!
Plus, you’ll love how easy it is to make!  Simply stew the apples, combine them with cut-up cinnamon rolls, sprinkle with crumb topping, bake and drizzle with homemade cinnamon roll icing. 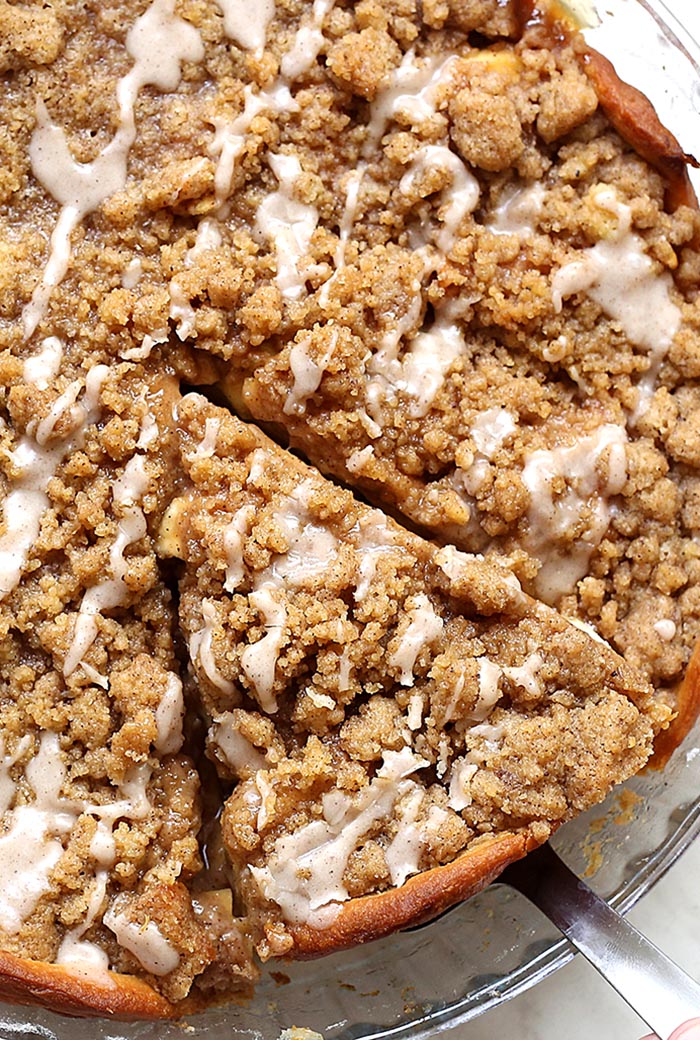 Just look at this beauty fresh out of the oven. It filled my house with an amazing cinnamon apple smell. And it’s healthy because it contains apples… Right?