This is a fall version of a oreo mini cheesecake with lots of pumpkin flavor inside. 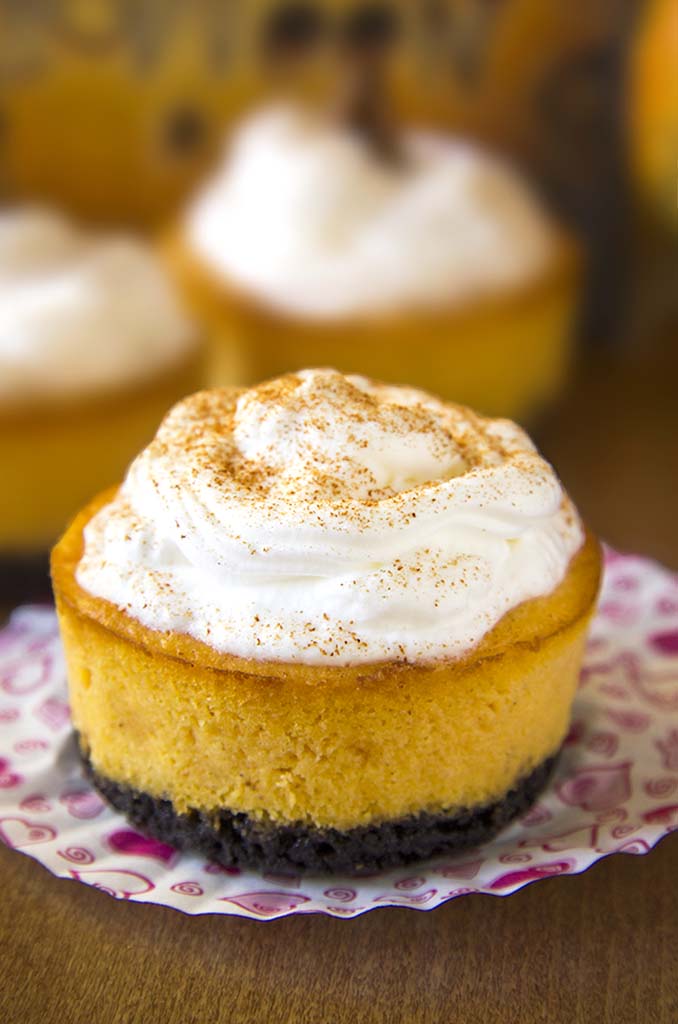 Tempted by Cheesecake…..Sure why not? With Halloween and Thanksgivin coming up in a few weeks I figured I would tempt you with some  Oreo mini Cheesecake.

Since It’s practically a tradition that this time of year, anything that can possibly be flavored with pumpkin and/or pumpkin pie spice will be flavored with them. The list gets longer with every passing autumn.
Did you hear? … The pumpkin flavor craze has infiltrated our favorite cookie, and while they aren’t available in stores yet, according to a few lucky people who have gotten their hands on the them – new flavor combination will be a huge hit ! So I decide to jump into that train and add some pumpkin flavor to classic Oreo mini Cheesecake. 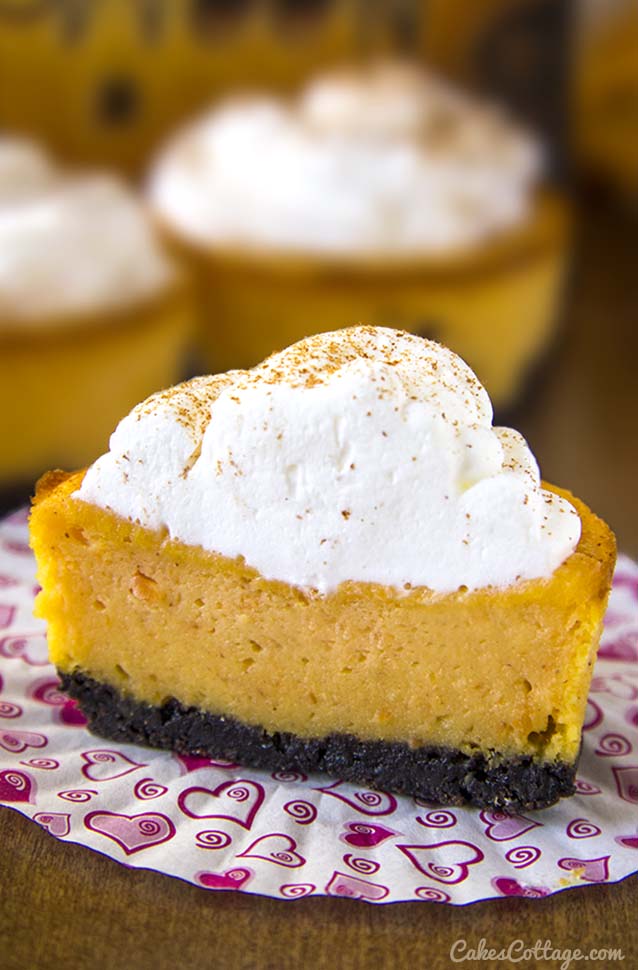 Ok,  follow me to the kitchen and Let’s Make A new favorite Oreo Cheesecake. 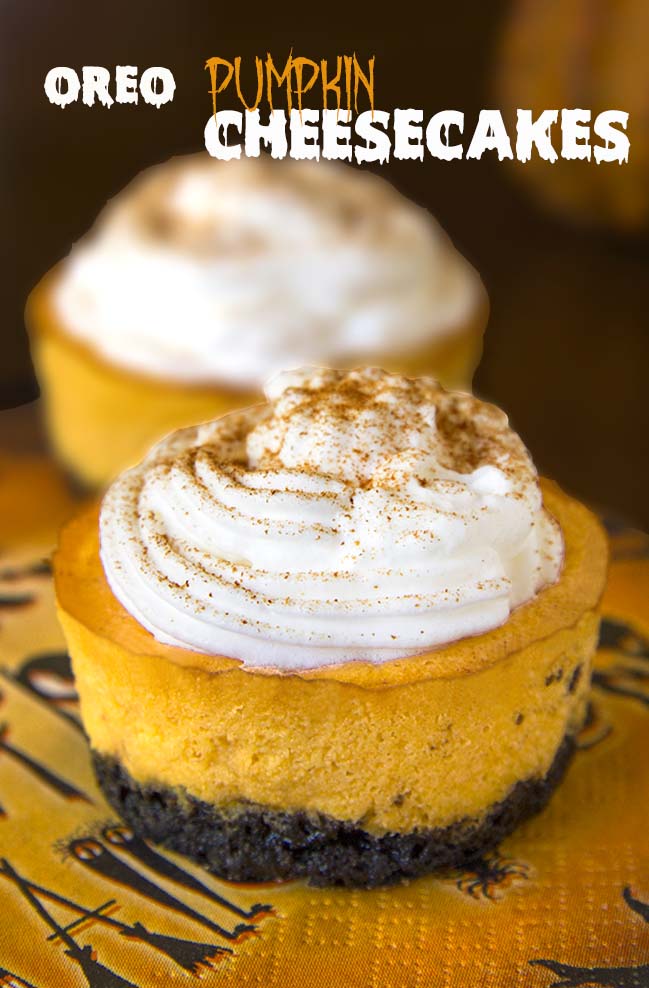 These bite size cheesecakes are also incredibly cute and they will look perfect on your holiday table for Halloween and/or Thanksgiving.