Looking for the ultimate breakfast dish for Thanksgiving?! Look no more! this super-decadent caramel pumpkin pecan bread pudding is an awesome addition to any Thanksgiving table. 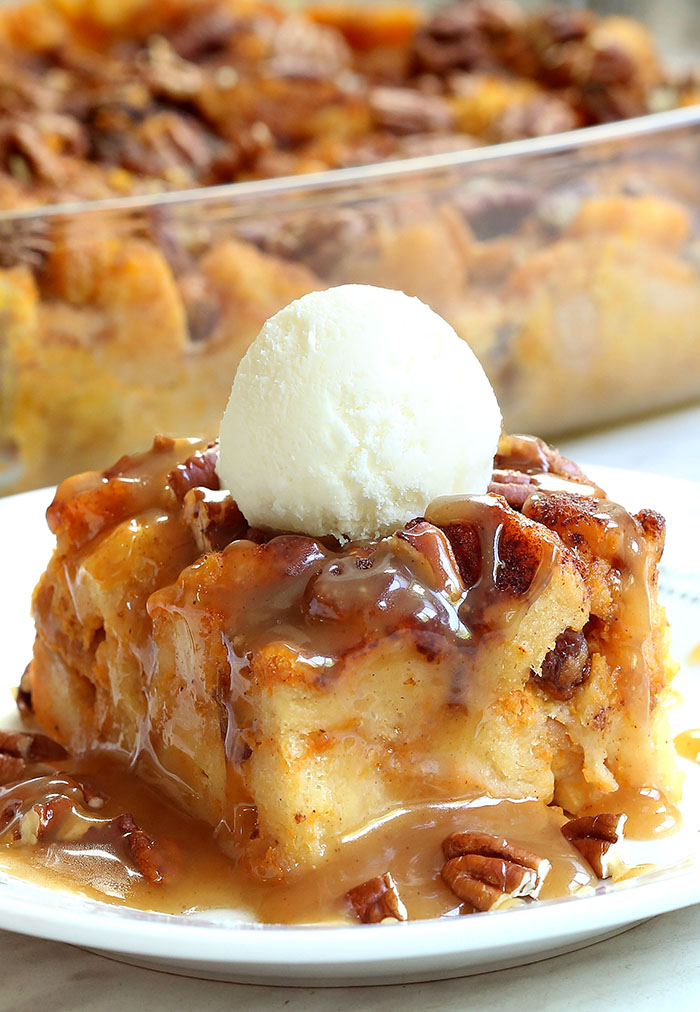 If you’re asking (or have been asked) to bring a dish for Thanksgiving, you’ll want something portable and easy to assemble.
No delicate tiered cakes or sloshy soups.
How about bread pudding for Thanksgiving breakfast? Yes, I think so.
Because this Pumpkin Pecan Bread Pudding is definitely going to steal the show.

The other day I read a funny artical in local paper, they dug to find the most-searched Thanksgiving recipes in every state. It turns out, the most popular recipes tend to lean sweet. Surprisingly, the famous turkey was nowhere to be seen. Instead, pumpkin pie was the most searched recipe—it topped the list in 26 states. Coming in second was the sweet, sticky pecan pie.
Third place fell to the always classic apple pie.
So I came up with an idea, a cross between pumpkin pie, pecan pie and French toast, this super-decadent pumpkin pecan bread pudding is an awesome addition to any Thanksgiving table.

And I wish you all a happy and delicious Thanksgiving ahead! 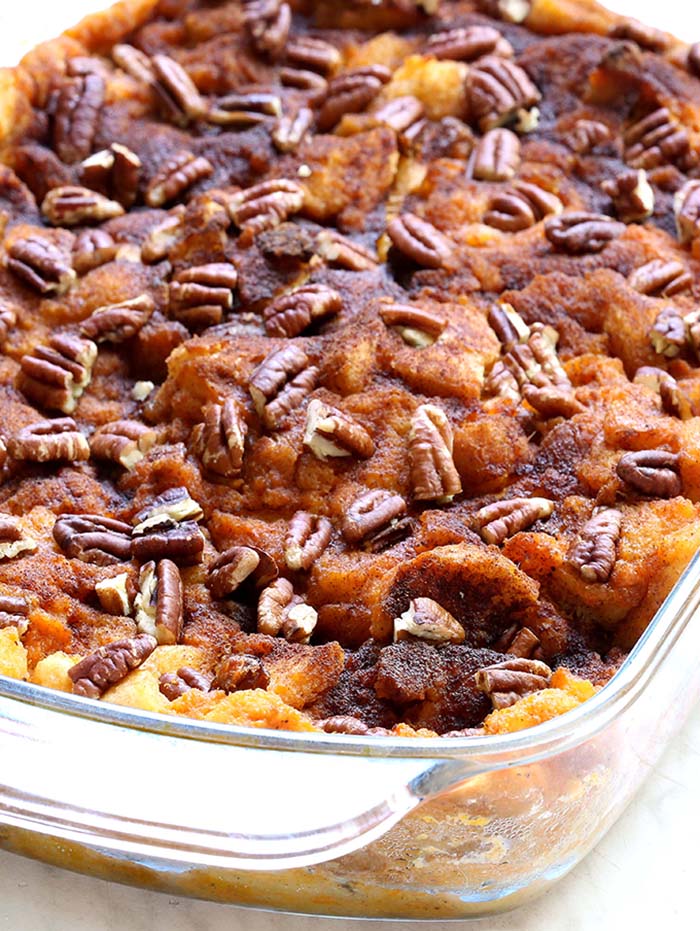