CARAMEL APPLE PIE BREAD PUDDING!  Oh my! You combined apple pie and bread pudding?! I must try this. It looks and sounds incredible!  Perfect for dessert, or even breakfast! 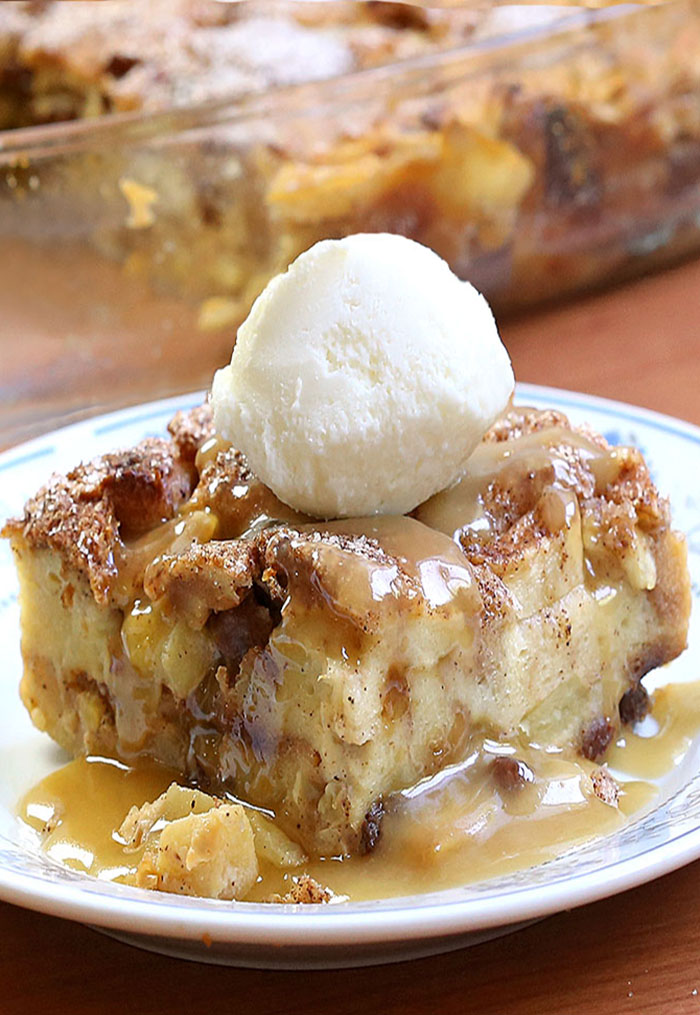 Somehow, in the 4 years that we’ve been doing this blog, we’ve never posted a bread pudding.
I’ve had it on the calendar so many times (just wait…truffles…pumpkin…chicken…I’m not sure why it hasn’t happened, but when it does, it’ll be awesome), but it seems like it always gets bumped. Or I don’t want to make it. Or it’s too hot. Or some kind of lame excuse.
Well, no more excuses, I just wanted to share this recipe while you’re still craving apples. (You are still craving apples, and things made with apples, and bread, and pudding, and caramel….aren’t you? . . . Good. Me too.)
It starts with a bread cubes (If you can leave them out for a few hours so they get nice and dry, that’s great. If not, just place them on a baking sheet and bake them at 350 for 10-15 minutes or until they’re dry but not toasted.), eggs, apples…as well as vanilla yogurt, milk, and spices.

Your kitchen is going to smell really, really good while this baby’s baking. Just warning you.
And the caramel sauce formula is a simple adaptation of similar recipes, they always seem to be called either “caramel sauce”, “brown-sugar sauce”, “butterscotch sauce” or “brown-sugar butter sauce” or some variation thereof. I think this one tastes more caramel-like than anything else, so that’s what we’re calling it here, okay? Okay.

Serve with some vanilla ice cream. So evil, right? Right. 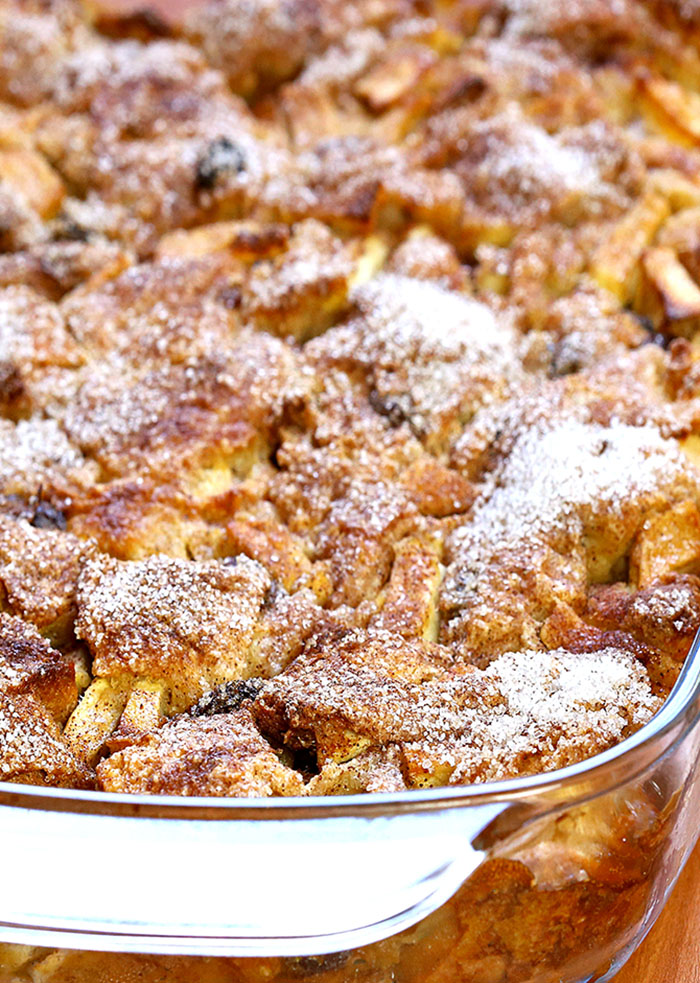